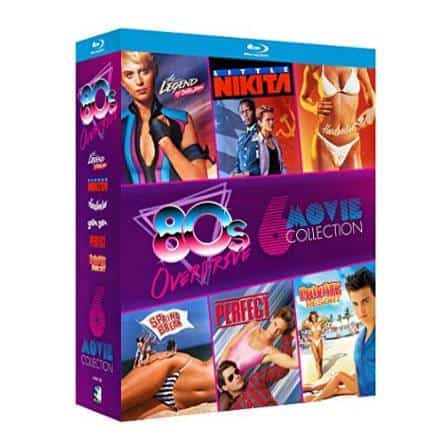 Everything 80s in a movie collection with the biggest stars and films from the iconic decade. Enjoy comedy, drama and action in classic 80s fashion.

Little Nikita starring River Phoenix, Sidney Poitier
An FBI agent works to uncover an All-American family as Soviet sleeper agents and gets caught up in friendship with their unaware son.

Hardbodies starring Grant Cramer, Teal Roberts, Gary Wood
When three middle-aged geezers move into a swinging beach house, they hire a young stud to teach them how to score with the local beauties.’80s band Vixen and hundreds of Southern California’s hottest swimsuit models co-star in the legendary cult comedy.

Spring Break starring David Knell, Perry Lang, Paul Land
Adam and Nelson are naive college students who have come to Fort Lauderdale to perform the rites of Spring Break. Due to a mix-up, the boys end up in the same room with a pair of experienced guys from New York who coach the boys on the finer points of seduction – with mixed results.

Perfect starring John Travolta, Jamie Lee Curtis, Marilu Henner
Based on a series of Rolling Stone articles by Aaron Latham, this romance was set in the world of Los Angeles hip fitness scene.

Private Resort starring Johnny Depp, Rob Morrow
Jack and Ben check in at a posh Florida resort, planning to spend every hour in hot pursuit of babes. But their plans hit a major detour when they try to bed the wife of a conniving jewel thief. They’ll have to outsmart him, a nasty security guard and an obnoxious jock if they’re ever going to get a moment alone with the girl of their dreams!