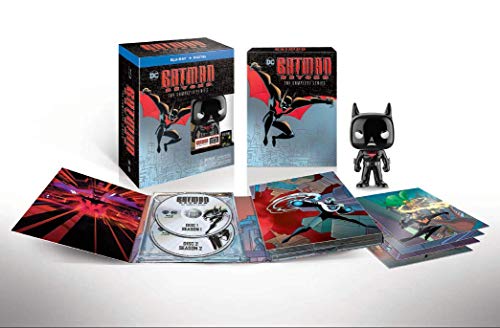 Amazon has the Batman Beyond: The Complete Series Deluxe Limited Edition (Blu-ray+Digital) marked down from $99.99 to $59.99 with free shipping.

Rage and revenge for his father’s murder motivate Terry McGinnis to steal Bruce Wayne’s high-tech Batsuit. And then a greater purpose and sense of justice keep him wearing it. Across three seasons and 52 episodes of this highly acclaimed series, he patrols the streets and skies of Gotham City with Bruce as his guide. Get in on the exciting and explosive partnership between an ex-crime-fighter and his apprentice in the animated series that catapulted the Batman legend to new justice-seeking heights, in beautiful High Definition!