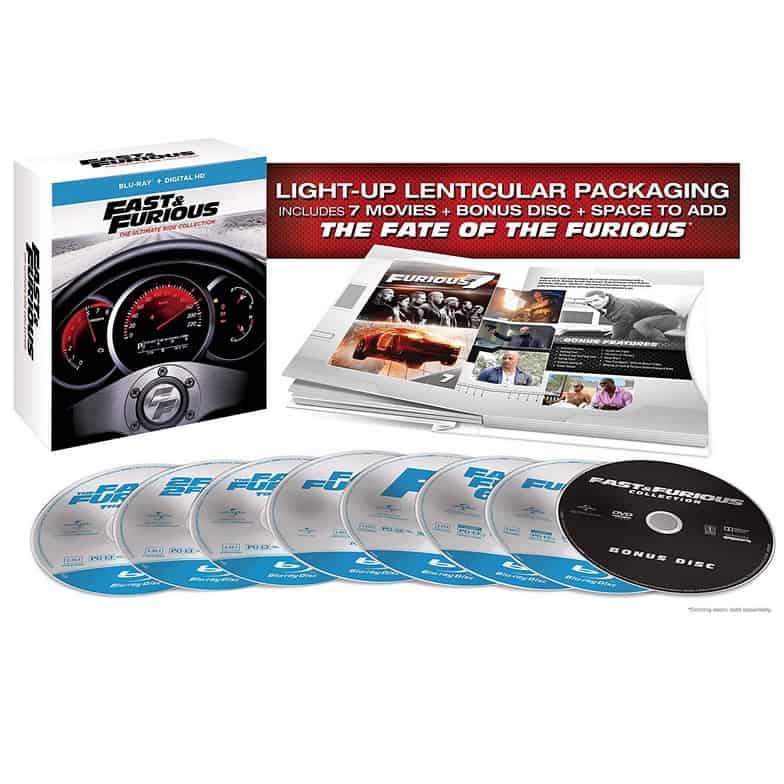 
Buckle up for nonstop action and mind-blowing speed in the adrenaline-fueled Fast & Furious: The Ultimate Ride Collection. Vin Diesel, Paul Walker, Dwayne Johnson, Michelle Rodriguez and an all-star cast put pedal to the metal in pursuit of justice and survival as they race from L.A. to Tokyo, Rio and London. Packed with full-throttle action and jaw-dropping stunts, these seven turbo-charged thrill rides place you behind the wheel of the most explosive film franchise in history!