Xbox One, To Buy Or Not To Buy?

If you like me, you have been putting off getting the new Xbox One. Not that you (or I) procrastinate, its just that the Xbox 360 seems to be the better option right now. We don’t have cable anymore so our Xbox 360 IS our entertainment center – Amazon, Netflix, Games, and Music. We use our Xbox for everything!

With an Xbox live Gold account you can get more free games, so it makes it really hard to say goodbye to this system. Until now!

Microsoft, the other day, announced that all Xbox One‘s will now be capable of backwards compatibility. The technology they boldly said could not be done, they did. Towards the end of this year there will be over 100 Xbox 360 games that can be played on your Xbox One. This includes your downloaded purchases and discs!

According to Microsoft, they are to be compatible by software emulation. Meaning each title needs a small program downloaded to make it work. This will be free. No problem here!

They will also be  offering a new Xbox One with a greatly increased hard drive for the same price. The newer systems will now include a 1 Terabyte hard drive, instead of 500 gigabytes. The average decent game can be 40 to 50 gigs, so that space was sorely needed.

There are many other titles and offers coming out by the end of the year also. Like the new Halo 5 and new Gears of War. They even have packaged up some of your favorites from the past and a selling them in a bundle deal 30 games for 30 bucks. Finally I feel like the people at Microsoft are making me feel like the Xbox One might be a worthwhile investment. They even changed the controller just slightly. You can now use regular headsets on it instead of having to purchase special Xbox ones.

Due to the fact Xbox One will not be able to play 360 games this is finally turned into a “Buy” item. Also if you’re a little more patient, probably by the end of the year (Black Friday), there will even be some kind of bundle deal and competition that will drop the price drastically!

Don’t get me wrong, the Xbox 360 will still be hooked up in my house. I’m not ready to trade mine in for a long time. But again, if your like me, looking for the right time for that Xbox One investment, you might now have found it! 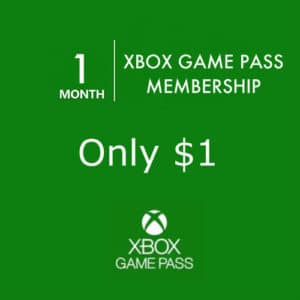