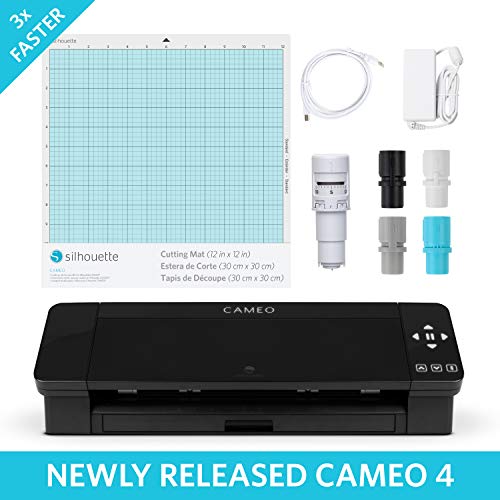 Woot has the Silhouette Cameo 4 with Bluetooth, 12×12 Cutting mat, AutoBlade 2, 100 Designs and Silhouette Studio Software – Black Edition marked down from $299.00 to $199.00 and it ships for free with your Prime Membership.