Looking for some fun, engaging board games to add to your next student party? We’ve rounded up all of the best board games for students!

Top Board Games for a Student Party

When people gather, they need to entertain themselves. Board games are great helpers that help enhance the atmosphere and engage everyone. Therefore, board games are widely used by students who want to spend their time in a fun way.

If you want to gather your classmates but don’t know how to entertain them, you’re at the right place. Scroll down below and read about the top board games that help undergraduates break the ice and have great evenings.

It is an insanely hilarious game that everyone either loves or hates. This game is perfect for teens and college students. It’s forbidden for kids below 17 for good reason!

Adults may consider it too offensive. Nevertheless, a lot of undergraduates truly love it. They can spend many hours playing this game because it is a source of dark humor that teenagers love.

The game is simple. There are black and white cards. The black ones contain unfinished statements. The white cards imply hilarious endings that can potentially fit offered statements. Every player has an opportunity to get a black card and put it on a table. All other players need to read it and pick a ridiculous ending that will force others to laugh. A player who picks the best ending gets one point. Eventually, the person who collects the largest number of points wins.

It is worth noting that most cards imply very offensive statements and endings. Moreover, they can be combined in a very unusual way.

Therefore, it’s not recommended to use this game at your college party if you don’t know the party goers well or if your friends don’t accept dark humor and can hardly laugh at jokes about family, popular movies, or social-matter topics.

If you want to play but don’t want to risk it, you can remove the cards that you deem offensive and just play without them!

Nevertheless, this board game is very popular among students and adults. They can spend many hours playing it because there are a lot of cards with hilarious statements and endings. The options are endless!

Sometimes, they spend all-nighters playing the game. Consequently, undergraduates will need the help of academic writting services to help get their assignments in on time.

Codenames is a great board game that can enhance a student party. It involves two teams of players who need to play against each other. In a nutshell, the game needs people to play as spies who reveal their agents.

The game needs to place 25 cards on a 5×5 grid. Then, students have to divide into two teams and pick a spymaster for each team. Others will be required to play as operatives. All the cards placed on a table imply codenames of agents of both teams, innocent bystanders, and a deadly assassin. Only spymasters know the code names of agents that belong to each team. However, they are forbidden to help operatives guess the names. The teams play turn-by-turn.

When playing a game, a spymaster has to share a clue, and the number of attempts operatives have to guess agents who belong to their team. If they pick the right codename, operatives can make a new turn and guess another agent, getting an additional point. In case they pick an innocent bystander, a team loses their move. If they select an agent of an opposite team, they give an additional point to their rivals. When the assassin card is selected, a team loses a game simultaneously.

What Do You Meme?

Most students love memes. Furthermore, they know most of the memes, so the game is extremely popular among teenagers.

This board game needs all players to gather and pick seven cards each. All the cards contain hilarious statements. Also, it’s required to pick a judge who will evaluate the answers provided by players. The picked judge needs to get cards with meme pictures and show them to all players one-by-one. Players need to check a given photo every turn and pick a ridiculous statement that fits a meme. A judge needs to mix all the cards and choose the funniest one. A player who offers a hilarious answer wins a round. The student who collects the largest number of cards wins a game.

Even though the rules are simple, the game may force a lot of students to spend many hours playing the game, which can be a source of awkward situations and hilarious jokes. Some undergraduates compromise on their assignments to win more rounds. Fortunately, these days, learners can easily type a request “Who can assist me?” on the Internet and find a top-notch writing service. It helps learners tackle academic tasks with no stress. When students experience problems with their homework, they can always reach a writing service and get professional academic assistance.

SHOP WHAT DO YOU MEME?

It is an interesting board game that engages a lot of students. Many undergraduates never miss an opportunity to play this game when they gather together. Indeed, learners don’t spend most of their time playing the Ticket to Ride game. Most students experience a lack of spare time at the beginning of the day. However, they can spend many hours playing this board game in the evening.

The game is simple and interesting, especially for those who cannot live without traveling. The board contains a map with particular cities that are connected by railways. Players need to use trains to build routes. Every route needs players to use a particular number of cars to connect two cities. It’s forbidden to build unfinished routes. However, players are allowed to connect to multiple cities. The longest route is the largest number of points a player gets.

Besides, there are some rules to follow. All routes have specific colors. Players must collect a set of cards of a particular color to complete a route. They are allowed to get more cards or exchange existing ones every turn. Also, players need to plan all their moves to build the longest continuous path because it brings extra points.

But do not forget that games should not distract you from your academic routine. However, you can delegate your papers if you find good writing service. But first, read a few speedy paper to know which companies you should not trust. This strategy is the most logical for today’s students. 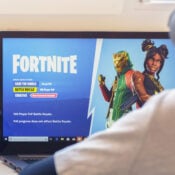 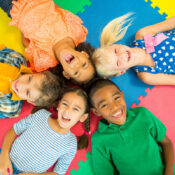 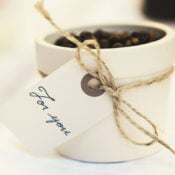 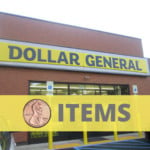 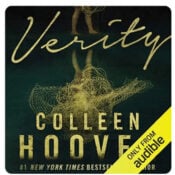 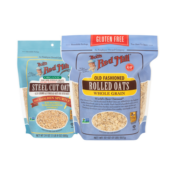 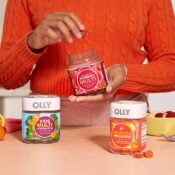