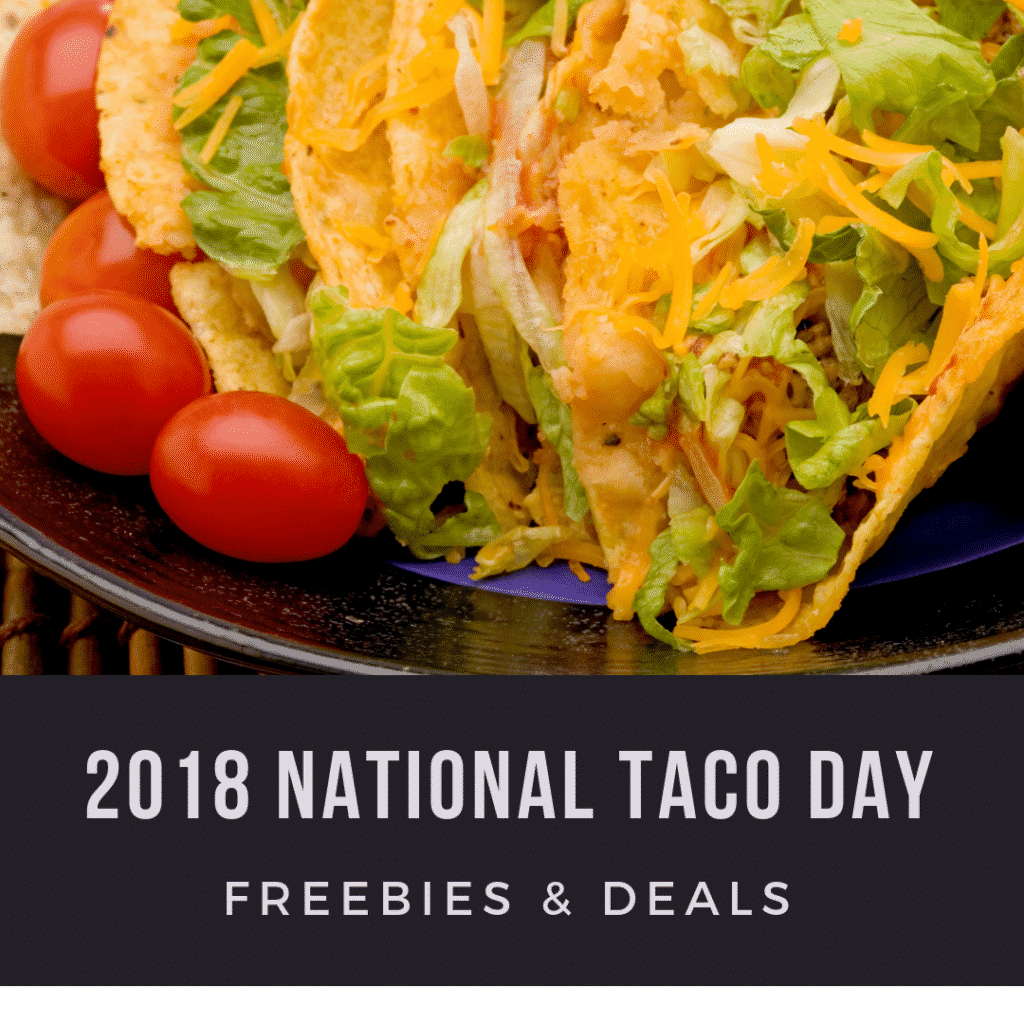 Del Taco
Del Taco is offering guests a Shredded Beef Soft Taco BOGO deal via a digital coupon, which you can downloaded off Del Taco’s website. You can show the coupon on your smartphones to the cashier as well. Limit one coupon per customer.

Fajita Pete’s
Fajita Pete’s is giving away one free chicken or beef fajita taco per person. The promotion is in-store only, and no purchase is necessary, from 11 a.m. to 3 p.m. on October 4.

Fuzzy’s Tacos
Get $1 tacos all day on October 4.

Jimboy’s Tacos
Buy one original ground beef taco and get a second taco free on National Taco Day. The BOGO deal will be available at participating Jimboy’s Tacos locations in California and Nevada.

On the Border
On October 4, get an endless supply of as many seasoned ground beef or chicken tinga tacos as you want for just $8.99. The tacos come with Mexican rice, refried beans and bottomless made-fresh-daily chips and salsa. If you’ve got a group to cater for, you can get 15% off orders of taco buffets totaling $200 or more between October 1 and October 7. Just mention TACO18 or enter it as the coupon code for online orders to receive the discount.